Caste: The Origins of Our Discontents Book Review 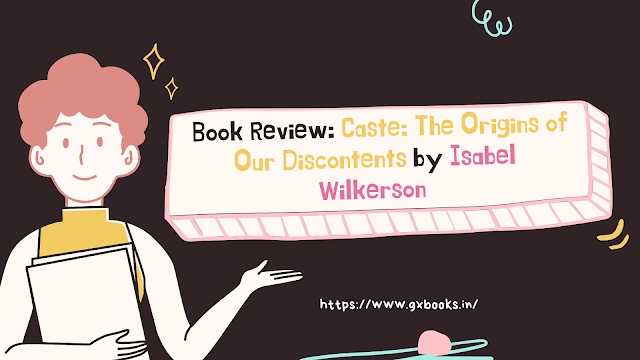 Caste: The Origins of Our Discontents Book Review

the book review of Caste by Isabel Wilkerson You probably have seen this everywhere. Oprah selected it as part of the book club, so you know once that happens, it's really everywhere! But honestly, everybody and they mama who read The Warmth of Other Suns has been waiting, I'm sure, for something else from Isabel Wilkerson. Oh well! This book is a masterpiece. This came out 10 years ago so 10 years in between a book release, you're wondering what is she going to talk about next? For those of you who don't know what The Warmth of Other Suns is about--, that's a story about The Great Migration. America's untold history. But this is also America's untold history. But this is focusing on caste so that's actually a good segue, what is caste and what is Caste? So Caste is basically about the foundation and structure of our country and what system our country was built on. Isabel Wilkerson does the argument, as well as tons and tons of research, backing up what a caste system looks like and why in America, we're operating within a caste system; To explain the origins and literally the beginning of our country and how a lot of that has shaped the way we operate, but to give a term that really encompasses and really explains it more in-depth. So she doesn't, I don't think, use the term racism within the book which I found very interesting. She might use it, but she basically is saying racism is not a broad enough term or systemic racism is not even broad enough to really describe what we are operating and experiencing here in America.

And also one of the biggest reasons why she does this is because she feels like, as you guys know if you guys are American. In America the term "racist" or "racism" or anything,  it has a big personal attack feeling amongst white people. They say it all the time, "I'm not racist" and it's always that, regardless of what the situation is. They could be like "hey feel like i didn't get this position because of my race" [Response to this]  "I'm not racist" andit's like not acknowledging that the feeling doesn't have to bethere to understand that there's a bias and there's -- that there's a hierarchysystem That us in America, we operate within, andwas literally written within the laws of ourstructure. You know granted a lot of them [laws] have been amended, but literally, blackpeople were three-fifths a human. If that's not a hierarchy, i don't know whatelse is? You know? We were literally property at some point,we were enslaved. Get into Jim Crow, the Jim crowlaws, segregation, so on and so forth.It is still continuing [Caste] if you think about it. If you look at me, i'm in a room,this happens plenty of times, people don't know that i'm leading the meeting.

And in other situations,it's just the fact that you know when you're born in asubordinate caste, that you're going to have to work10 times harder to get at the level of someone in a different caste system.And how in America our caste system operates primarily based off of race andskin tone. so really with that description,it covers everything from the entire caste. Meaning the lighter you are,how there is a hierarchy, whether we acknowledge itor not, we're all operating within it. And the way she breaks it down, it's facts.Like what I loved---let's talk about what I loved!From the jump with this book, I mean--I was joking with my husbandwhen i started this, i was like you have to hear this! Literally the way IsabelWilkerson writes she has a way of hitting you with thesefacts like blow after blow after blow but it'sso well written there's nothing you can do but sit andbe amazed at how you could even structure sentencesin this formula, to make it so clear! And to be able to articulate so muchin a sentence, you know? I said, you know, the warmth of other sunsis a masterpiece and it's amazing. I will say that-- don't go in expecting that this is going to be the warmth of other suns,because it's not but i do think Isabel Wilkinson has adistinct writing style where she-- I love nonfiction,don't get me wrong, but she writes non-fiction in a way,where the literary and [the] narrative that she uses when she's explainingfactual information, is so digestible! Like it's so easy to consume, it's soeasy to get warped in. I will say this is definitely aharder read for me than The Warmth of Other Suns.

Not in theway that it reads, it was easy for me to read it, but emotionally,the mental psyche, while i was going through, washarder for me to get through. But i'm gonna reread this, so that lets you knowthat even though it -- it was difficult, I felt that it wasvery well written and it's something that i do want toreally dissect re-read and go through because so much is discussed withinin this book where you're like, "I know these themes"but the way it's packaged, is extensive.And there's things that you don't think about and you don't questionsometimes. Like I never questioned why race is listed on a birth certificate. Ijust thought that's -- that's what happens. But race isn't even real?! White people didn't become "White" until they came to America. Like literally Europeans were Europeans! Whatever country they were [from] you [then]come to America [and] "oh now I'm "White"? Okay. These people, are "Black", that means -- Oh okay! So I just think it's -- I just think it's interesting.She deep dives in so much, i'm not even talking about all of it!Let me back up a bit, she goes into to understand Caste she wanted to go toindia because iIdia is known probably the most known for theircaste system, so there's a lot of research that she draws in with theuntouchables in india's caste system and sees some of the similar ways inamerica that we operate as the lowest class, beingafrican-american, and tying those connections. And she also discussed, you know a lot of research that went intounderstanding Nazi Germany and how a lot of the information that they [Germany]  got, or a lot of thelaws that they [Germany] put in place, they took from America.

some of them wereactually not as harsh as the laws in America,which is just interesting to say the least.And she just ties it into so many different things, like you know so manycountries, when you research, took so much from America on the waythat we set up this country. From South Africa-- South Africa,as well even with their structure of how they base their system and their castesystem. They took so much from America as well.And it's just an interesting in-depth look at it because in America,because no one's allowed to talk about race or racism or any other stuff, even though our country was literally founded on the precipice of onegroup being naturally better; Literally there's tonsand tons of "research" and you know [really] propaganda and stuff that was literally issued saying this, simply because of somebody's skin color. For us to be then, so taboo to even discuss race, flabbergasting for me! But I digress. This book it-- it's--- it's-- it's good y'all! It's good! That's whatI'll say. I'll say I would, out of these two, the must-have,if you had to choose, I say the warmth of other suns, but this, Caste, shouldn't be put against the warmth of other suns. I just feellike this is a book that I would say every single person should have to read. This is the book that i feel likewas made because American history is not taught and unfortunately these are the extremes that we have to go to even haveour history documented.